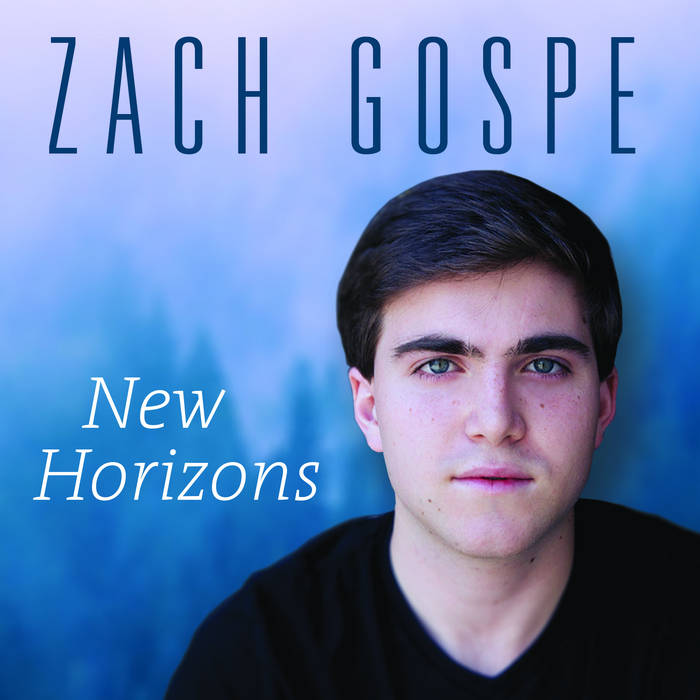 New Horizons - a six song EP from 18 year old singer-songwriter Zach Gospe - is a mix of upbeat jamming songs and heartfelt ballads that feature Zach's unique, poetic stories and his distinct and compelling vocals. New Horizons blends influences of Jason Mraz, Passenger, and John Mayer with hints of Ray Charles and Elton John. The EP features “Don’t Fall in Love with Me,” “Isabelle,” and “Whatever Happens,” which was nominated for Best Pop Song by the Hollywood Music in Media Awards.

Produced by MARK MAZZETTI for Record Company In A Box

Recorded by Anthony Brodeur at THROUGH THE AIR Studios, Hollywood. CA

Mixed and Mastered by Brian Scheuble

Pianos, Bass, Drums/Percussion and all string arrangements by Anthony Brodeur

Bandcamp Daily  your guide to the world of Bandcamp